Every year, more than US$500 billion is transferred from one country to another through remittance services. While many countries have imposed limitations on their immigration policies, the volume of remittance transfers shows no sign of slowing down.

For many immigrants, sending money is a way to support their loved ones back home, which goes to help an entire country. In fact, many countries receive more from remittance than they do from tourism or exports. If you’re wondering what those countries are, keep reading because we’ve listed the top five destinations for remittance inflows.

With over $83 billion received in 2020, India is undoubtedly the top destination for remittance inflows. With a population of +1.3 billion, millions of Indian workers find employment in countries like the U.S., U.K, U.A.E, Canada, and New Zealand.

The opportunity to find higher pay, experience new cultures, and establish a work-life balance has encouraged many Indian workers to move abroad. Moreover, when they return to India after a while, they inject more capital into the domestic economy.

China is another nation that has massively benefited from endless job opportunities abroad. Thanks to its massive migrant workforce, China has received over $59.5 billion in 2020, making it the second destination for remittance inflows.

China’s Belt and Road Initiative, along with tech operations abroad, has created even more migrant workers. More than 10 million Chinese workers have found employment in countries like the U.S, Hong Kong, Australia, and Canada.

Another powerhouse is the North/Central American nation, with more than $42.9 billion received in 2020. With a +9.9 billion increase in remittance inflows compared to 2019, Mexico has improved its standing on the table. Although global and domestic economic downturns slowed down the inflow somewhat, the migrant workforce has been consistently injecting the nation with capital via relatives who live and work in the wealthy neighbor to the north (United States).

With over 10 million Filipinos working all over the world, more than $34.8 billion was transferred to The Philippines in 2020. Their toil in many wealthy Middle Eastern countries has led to a massive remittance inflow, accounting for 10% of its GDP. Also, the considerable inflow has boosted the purchasing power of many Filipinos.

Over the past 40 years, the African nation’s remittance inflow has considerably increased in size and impact. Despite COVID-19 and its ramifications, Egypt has managed to gain a $10.5 billion boost in inflows compared to 2019. In 2020, the migrant workforce injected $29.6 billion into the country, making remittance inflows a primary source of foreign capital, placing Egypt fifth on the table.

Despite the pandemic woes, many countries on the table have managed to keep, if not improve, the level of remittance inflows. Some are highly dependent on this source of capital, as it accounts for a considerable percentage of their total GDP. While high-seaters such as India and China have experienced a minor setback, they’re expected to bounce back as the global economy returns to a state of normalcy.

If you’re among the migrant working population and looking for a reliable remittance service provider to help you send money back home, be sure to check out Lycaremit. Lycaremit’s ultra-competitive, transparent fees, sensible exchange rates, and quick turnaround times have made it a top choice in the remittance market.

PrevPreviousBest Money Transfer Services for Small Businesses
NextBangladesh’s 2% Cash Incentive: What Is It & How Does It Work?Next 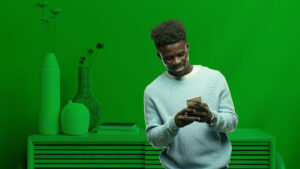 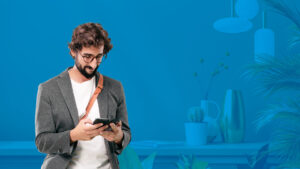